Robotics: alive and well in the Far North! 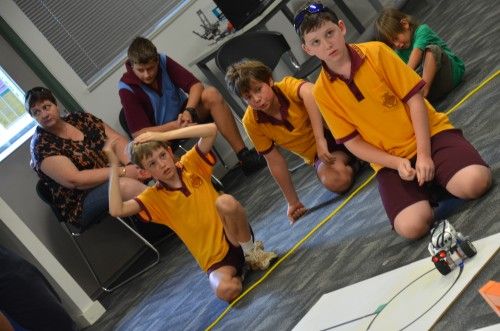 08 May Robotics: alive and well in the Far North!

Sparkey loves Robotics…… and so do many local schools in Far North Queensland.

Each year, QSITE Far North Queensland Chapter organises and sponsors three different events for local students to pit their robotics skills against each other in the spirit of shared technology and friendship.  These events are Sumo Robotics, the Robotics Grand Prix and the ever popular Far North version of RoboCup. 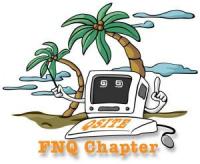 These 3 events are spread throughout the year and are gaining in popularity.

The Sumo event sees student’s robots battle for supremacy in the circle of contest. The winner being the last Bot standing. Chunky and robust designs are a must. 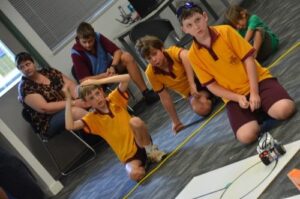 Grand Prix is divided into Dragster Bots and Racer Bots.  Dragster Bots match race each other to record the fastest time along a straight drag track. The Robots use light sensors to start their runs and their designer’s skills to keep them on the track and accelerate to the finish line. The Racer Bots match race each other around a previously unseen course using blue tooth devices to navigate them.  Record the fastest time or catch your opponent to move to the next round. 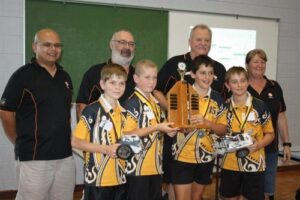 RoboCup includes Rescue and Dance. Robots are pre-programmed to navigate themselves around a previously unseen course via light sensors along a black line with the aim to ultimately rescue their victim (a tin can) from a toxic spill (green coloured pond). Dance leads to great fun and creativity. Move your robot around the dance floor to your music. Dress up and dance and interact too! A real spectacle. 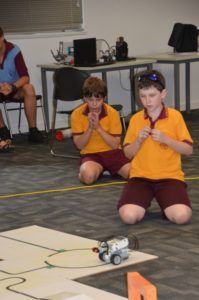 Parents, friends and younger and older siblings create enthusiastic audiences which only adds to the Saturday morning events staged at various schools around the District. QSITE thanks venues such as The Cairns School of Distance Education, Bentley Park College and St Marys Catholic College for hosting various events this year. Throw in some drinks and a sausage sizzle and it becomes quite a carnival atmosphere.

All events are conducted for Middle-Upper Primary and Junior Secondary aged students from all schooling sectors.

QSITE provides all winning team members (up to 4 competitors) with specially struck “gold” medallions to show off to their mates. Organisers also provide a silver medallion as encouragement to members of a team in each discipline of the event.  This award can be for any identified facet of the day; such as showing great support and sportsmanship to exhibiting resilience and perseverance when the unexpected happens. 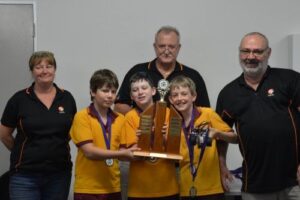 The school identified as having accrued the highest overall points on the day from gaining places in the events offered; is awarded a perpetual trophy to house at their school until the next event is held. The honour once again comes up for grabs all over again.

For the past 2 events, the Cairns School of Distance Education has conducted 2 day Introduction to Robotics workshops for some of their students and students some regional schools. Here the students learn about building and programming and then put their skills to use on the Saturday at the competition. Leigh Howser, QSITE’s Educator of the Year and the national award winners leads a group of teachers in conducting these workshop days. The students really appreciate the opportunities that this concept offers them.

We trust the events will be bigger and better again in 2016.

Sorry, the comment form is closed at this time.